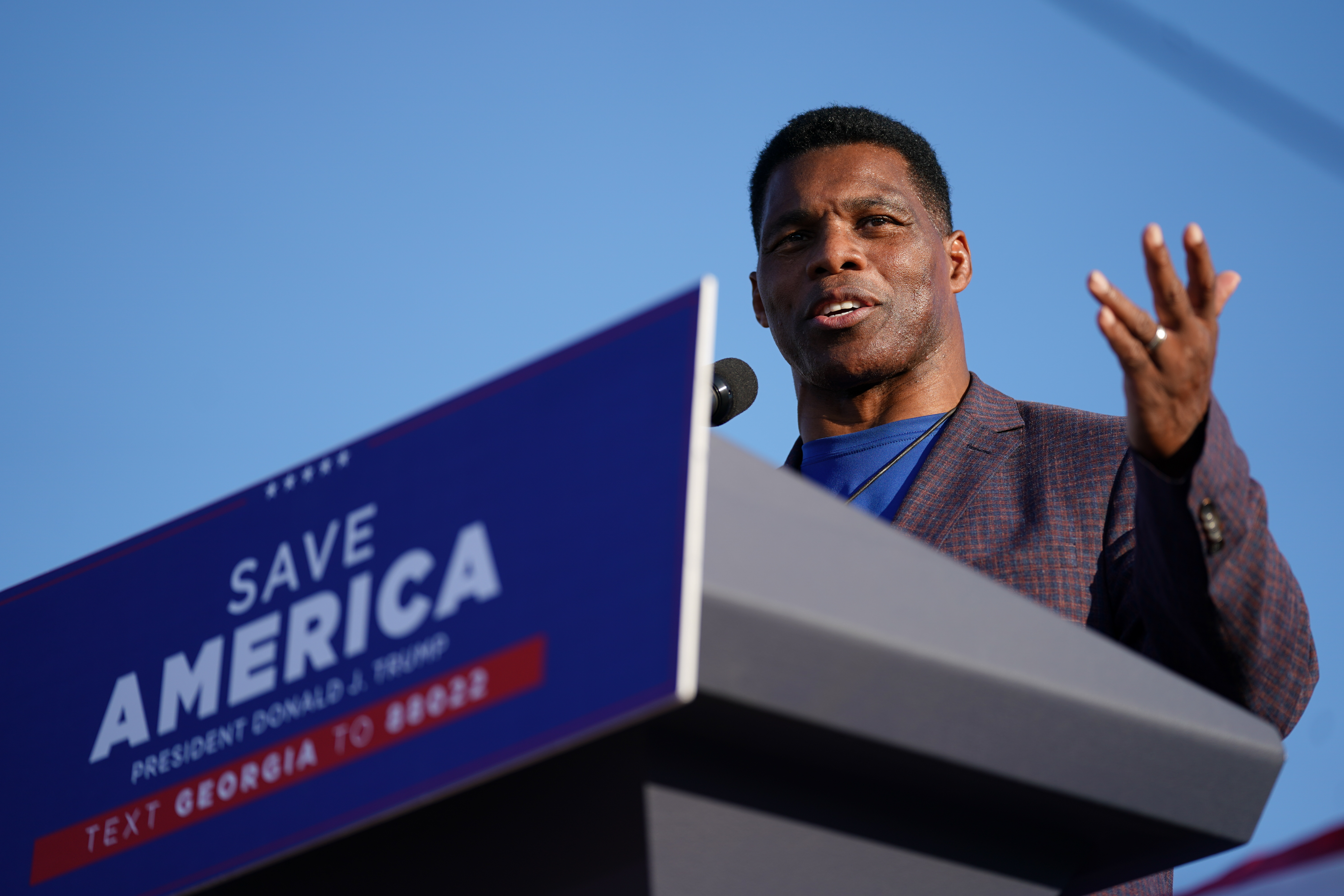 Heritage Action for America has launched a new super PAC to boost conservative candidates in the top battleground states — and they’ve picked their first target: Georgia, where the advocacy group plans to spend $1 million.

Sentinel Action Fund’s first foray into the midterms will be in support of Herschel Walker, the Republican Senate nominee who will face Democratic Sen. Raphael Warnock in November, the group confirmed to POLITICO.

As GOP Senate nominees are determined in Nevada, Arizona and New Hampshire — three other top pickup opportunities for Republicans this year — the independent expenditure group will roll out operations in each of those states too, said Jessica Anderson, president of the super PAC and executive director of Heritage Action.

“The left poured hundreds of millions of dollars into a well-oiled political machine focusing on ground game,” Anderson said of Georgia, where Democrats flipped two Senate seats after President Joe Biden won the state in 2020. “We intend to beat them at their own game.”

The super PAC’s initial commitment will include television ad buys, but will primarily go toward outreach to target hundreds of thousands of voters through a “state-of-the-art ground game,” Anderson said.

She noted that grassroots activists in the state have coalesced around Walker — the retired football star who sailed to victory in his primary Tuesday despite avoiding debates and interactions with most local and national news outlets.

“That’s kind of the secret sauce we’ve got going for us,” Anderson said of the GOP momentum already behind Walker. “What is the conservative grassroots appetite for these candidates, and is it powerful enough to come alongside them and propel them to victory in November? And we have that in Georgia.” 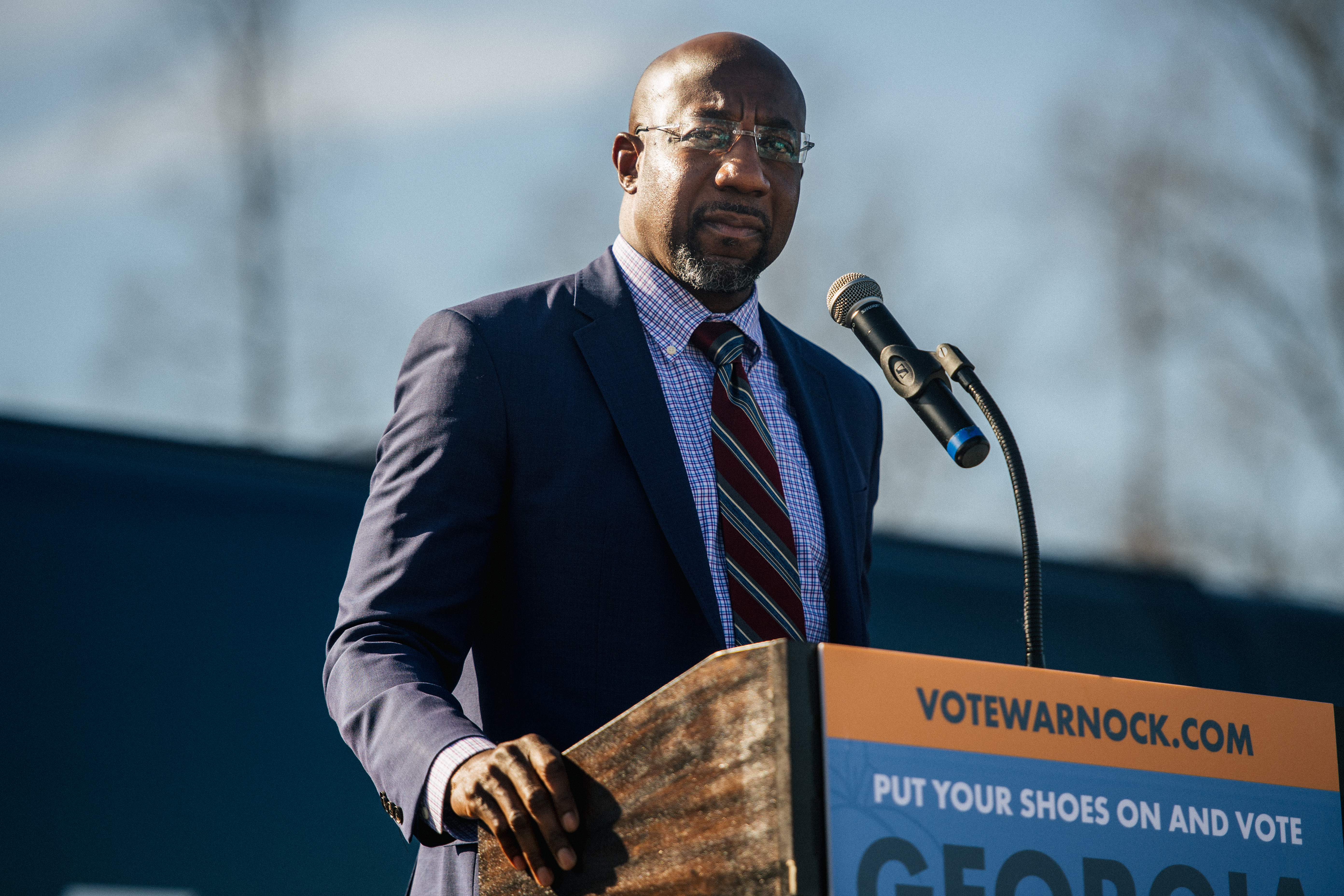 While Walker has been a prolific fundraiser, his multimillion-dollar hauls each quarter have paled in comparison to Warnock, who is among the top Senate fundraisers of the election cycle. As of the end of March, Warnock had more than $25 million in cash on hand, more than tripling Walker’s $7.4 million.

SAF’s voter outreach will involve door knocking, phone calls, text messages and participation in community events from both full-time field staff and a network of volunteers, Anderson said, which will allow the group to have infrastructure in place for future elections in the Southern swing state.

Former Sen. Kelly Loeffler, a Republican who lost reelection in January 2021, has also launched a similar effort, Greater Georgia, to register and mobilize voters to support Republicans up and down the ballot.

The new conservative-led attempts to reach potential voters follows a years-long Democratic effort by Stacey Abrams and her organization Fair Fight. Abrams, now the Democratic nominee for governor, led the process of registering hundreds of thousands of new voters in Georgia.

The creation of the Sentinel Action Fund marks a new chapter in the work of the nearly 50-year-old Heritage Foundation and its aligned groups. Heritage Action was formed a dozen years ago as a 501(c)4 organization, a separate entity from the longtime conservative think tank that allowed the group to weigh in on some campaign matters. But the new super PAC can go far beyond issue ads and break free from federal campaign laws governing the 501(c)4, allowing the Heritage brand to now openly put money behind full-throated partisan campaigns.

“One of the things we realized after this last cycle is good candidates need more than just good policy,” Anderson said. “I think that’s something we have done well, arming them with good policy, but they really need the … momentum from the grassroots to propel them into office.”

In addition to the four Senate battlegrounds, SAF plans to get involved in 15 to 20 House races this cycle, Anderson said. In each of those cases, the super PAC will engage after primaries take place in those states.

The Sentinel Action Fund hasn’t yet announced how much it intends to spend this cycle, though Anderson said the group would certainly invest “multiple millions” and is “in the heat of fundraising now.”

In Georgia, Walker will face a barrage of attacks by Democrats for past allegations of domestic violence and his problems in business, while Republicans will attempt to take advantage of favorable political conditions and portray Warnock as a liberal politician in close step with Biden.

The state, long a Republican stronghold but now a highly competitive battleground state, is a top priority for the GOP to take back in 2022 — and for Democrats to defend after narrowly winning the presidential election in 2020 and picking up two GOP-held Senate seats.

CALL OF THE WILD Mobile Game